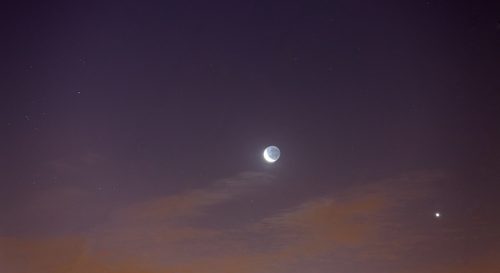 One afternoon, YUMA started to burn up. She couldn’t respond any of our voices nor touches anymore. Her eyelids were half open all the time. I wished and somehow knew that she could see us, understand what we say. That’s why I never cried. Even once.


She literally became all skin and bone. Her breath made sound in back of her throat. It sounded like she was screaming every single time she took a breath. I know you’re not going to believe it. But when I touched her bony cheek, it felt like burning coal. That’s how high her fever got. Now it feels kind of stupid, though I was worried about the damage this extremely high fever cause to her brain.


Over 10 hours, she’d stayed that way. Night came, her fever got even higher. It was like she was burning all the life energy she possess in her body. I wished her to slow down. Though at same time, I wished she’d be released from agony as soon as possible. My youngest sister is way braver than me. She exhaled the words ‘I wish she could go.’ with the thick smoke of cigarette.


Passed midnight. My youngest sister went outside of the building to smoke. While she was out, something started to change. YUMA’s heart rate started to drop. The doctor and nurses came into the room, acting like they were doing their best. IF I HADN’T BEEN ISOLATED FROM MY FAMILY AND HAD A SAY, THEN I’D SWEPT EVERYONE OFF THEIR FEET AND SHOUTED ‘LEAVE HER ALONE!’ Unfortunately, an agoraphobic older sister who were absent for 10 years didn’t hold that place. At least, that what I decided.


Since there was no room for us family to get close to YUMA, I grabbed her left foot and never let go. With other hand, I kept calling our youngest sister who’s not picking up nor in the room. I think YUMA’s heart stopped beating just in a blink of an eye. The chart on the machine kept showing was just a ghost. When you knew someone deep enough, you know when they left. I kept telling her ‘I’M HERE BABY, I’M HERE. DON’T WORRY ABOUT YOUR DAUGHTER. I WON’T LET ANYTHING HAPPEN TO HER.’


That moment, I became a mother. I know it’s not practical with my condition and I couldn’t do much to her. Especially YUMA didn’t want me to meet her daughter. That was the her way of protecting her only daughter. Keeping away from a person who belongs to psychiatric department. I never tried to reason with her. That was the conclusion she came from her knowledge and experience. After all, she was the mother of the child.


To respect her wish, I decided to support her daughter from distance. Financially. But how was that possible? I was barely able to support myself and my dog. That was when I became deadly serious about my business.


It was January when YUMA, my baby sister became ashes. And I decided another thing. Which is founding a company on her birthday of same year. So I’d have something to celebrate on that day. Also it is my oath to grow this company instead of my sister who could not live anymore.


So now, I have two things to raise.